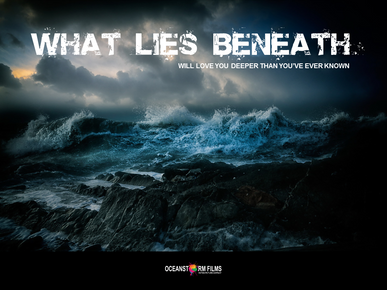 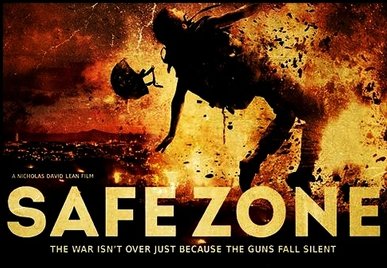 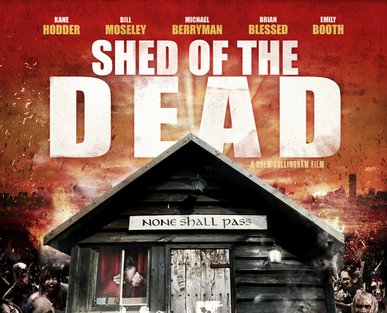 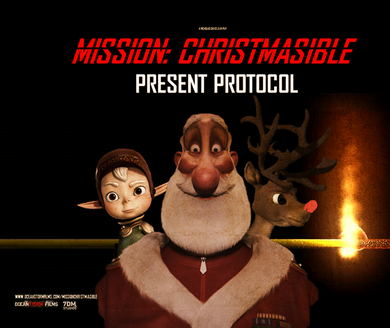 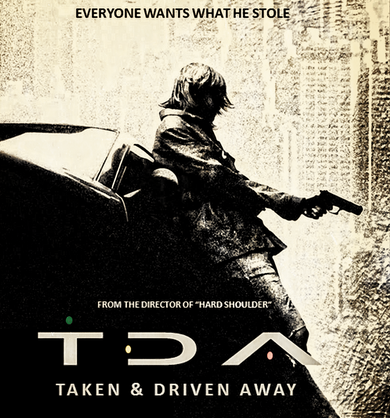 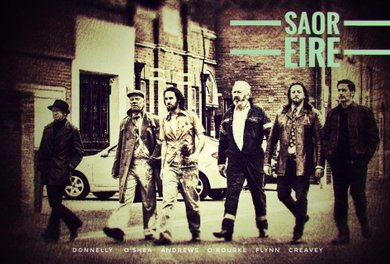 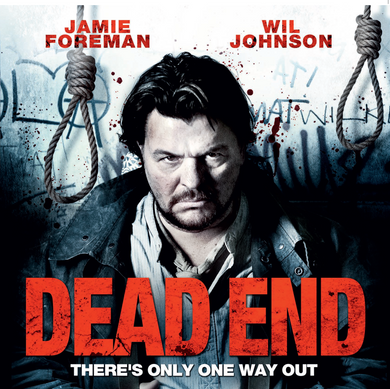 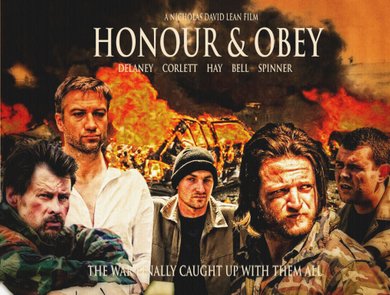 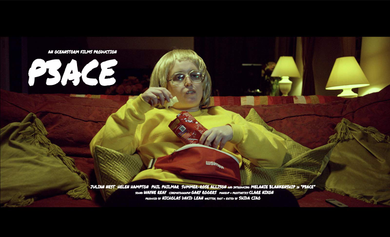 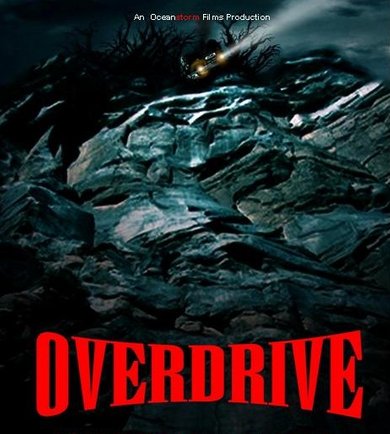 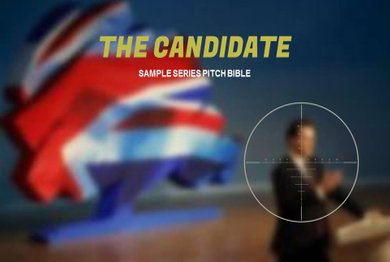 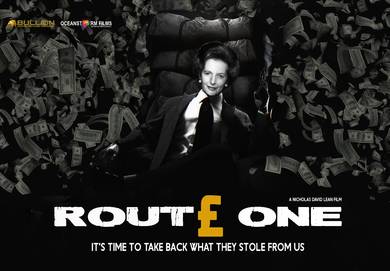 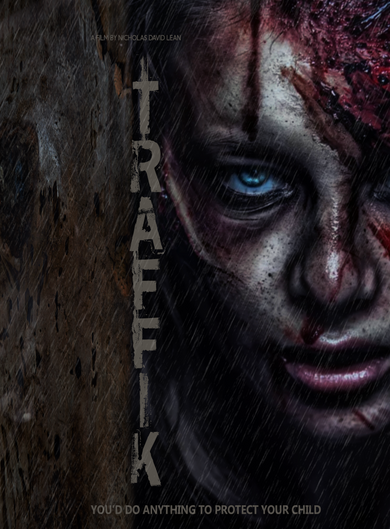 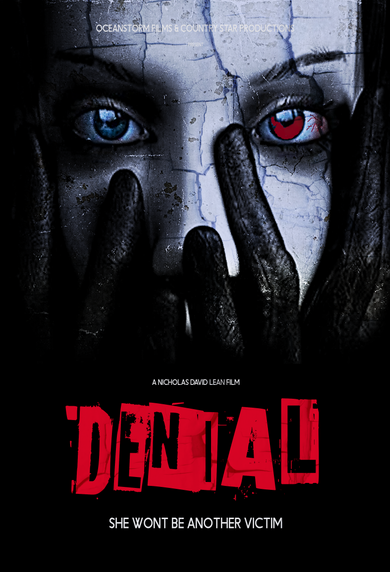 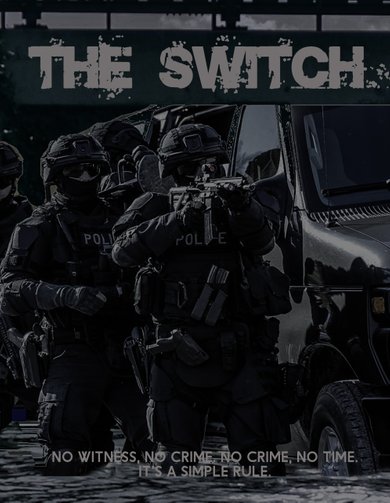 A gritty rural 3 x 50 min TV thriller with a fantasy twist set on the remote Cornish coastline in the aftermath of the greatest winter storm the Southwest Coast has ever known.

A 'based on true story' of physical devastation and emotional pain for an injured soldier returning from conflict to a family he can no longer trust.

SHED OF THE DEAD

Trevor and Graham, two nerdy wargaming friends, use an allotment shed as a hideaway from Trevor's overbearing wife, Bobbi. When one day they emerge into sunlight, and the aftermath of a zombie apocalypse, the two buddies adopt their wargaming alter-egos in order to rescue the women in their lives - Bobbi, and the ever luscious Harriet - a femme fatale that both Trevor and Graham can only fantasise about.

A children-friendly animated Xmas tale, as Santa and Krampus battle it out to deliver presents to the children of Clausville.

A heist thriller brings three rival gangs to a violent table as they battle for posession of a high value car and its priceless cargo.

A bank robbery has unexpected consequences for a rogue polititical group looking for independence from the IRA in 1970's Dublin. 5 x 1hr serialized drama. Based on the award-winning short film of the same name.

A family in crisis find themselves trapped in a world far from the one they once lived, as redemption from guilt and paternal betrayal determine who lives and who dies.

A fresh "Prospect" in a clandestine terrorist association is put to the test when he is ordered to execute a suspected informant. But the task proves tougher than expected when the young thug discovers who the target is.

Award-winning short narrative about a family thrown into chaos after the disappearance of their impressionable daughter when she unknowingly purchases a doll with mystical powers from the creepy organiser of a random yard sale.

A scenic journey home through the German mountains becomes a matter of survival for two sisters when their car is thrown from the highway in a terrible collision with road racing teens.

A harrowing 4 x 1 hr mini series that sees a man's consuming desire for recognition take him to the brink of lawlessness in the search for justice for others like him suffering at the hands of political masters who would rather he just disappear.

A harrowing real-time heist that sees a man's consuming need for financial stability in an economy gone to the dogs, bring him into the clutches of a violent crew of jewel thieves in the search of the next big score. But the new boy quickly recognises he's being set up as a patsy when the robbery goes murderously awry.

A young couple and their pre-teen daughter are marked by a 'target spotter' for an organised gang of child traffickers. When their little girl is abducted from underneath their usually watchful gaze, the countdown to disaster begins. With only an hour to retrieve their child before she is gone forever, the desperate parents pursue the abductor with everything they can muster. But as fate conspires to rob them of their family, fortune gives them the opportunity to exact a terrible vengeance - the sort of justice usually reserved for those with absolutely no hope left to bargain with.

A series of gruesome murders in the East End of London leaves an entire community afraid to venture out in the hours of darkness. For Maggie, a young woman living alone in a run-down tenement building, her sense of isolation and vulnerability are magnified by a series of late-night phone calls made from an anonymous and voiceless caller. When a handsome young detective, Mike Taylor, assigned to investigate the murders, shows up on her doorstep one day, Maggie is convinced that her worries are over. However as professional boundaries are crossed, in a frenzied affair between witness and investigator, Mike falls for Maggie, and the two fate-crossed lovers draw ever closer. But there’s something about Mike that gnaws away at Maggie; something she can’t put her finger on but that gives her the sense that perhaps his motives and agenda are not altogether honest. Ultimately Maggie comes to realize that Mike poses a great physical threat – one that could mean the difference between life and death ……but the real question is…. for whom?

A retired soldier returns home to his parents' farmstead to find it in a state of disrepair, and failing to hold its own in a world teetering on the edge of economic implosion. With a rejection from his local bank following an application for a loan, Owen Masterson doesn't see a way out. But a foiled armed robbery of a local post office sees Masterson pursued across that same farmland by a team of Police marksmen. Events spiral out of Masterson's control and he ends up with only one option - to fight. Drawing on all his skills he ensures that the victory will not be theirs. A crime drama with a huge twist this is the story we all wish we could be a part of - with an end that sees justice and order restored to the way it always should be.