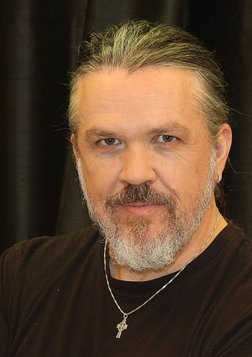 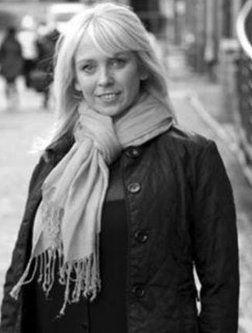 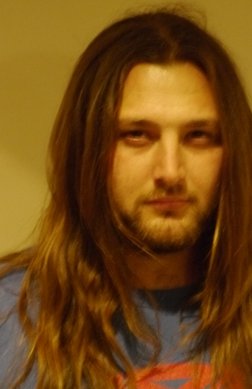 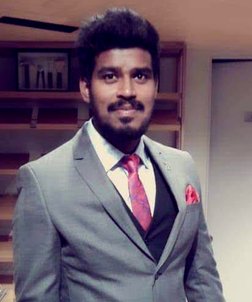 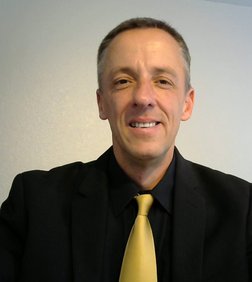 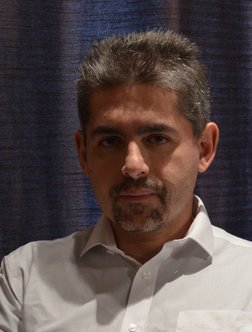 Nicholas has spent the last 22 years creating a slate of exciting and fresh genre-led motion picture screenplays as the senior creative. He wrote, directed, and produced his debut feature film, the award-winning and hard-hitting psychological thriller “Hard Shoulder”. 2018 saw the emergence of "Shed of the Dead" a film he helped conceive, and ultimately produce. He is currently prepping an exciting capital-set political thriller TV series  "The Candidate", and a crime thriller "Route One" to shoot in his hometown of Portsmouth. Nicholas is also working on structuring three separate international co-productions with Lithuanian, Belgian, and USA partners - "What Lies Beneath" - a revenge thriller genre-bender set in the white shark-infested coastal waters of Massachusetts filming on a proposed $5m budget; "TDA" - a unique spin on the traditional vehicle heist / thriller flick, set in Toronto, with Rosanne Milliken, producer of the hilarious "Tucker and Dale vs Evil", a film that exposes a new crime underbelly to the usual gangster fare. And "Overdrive", a containment thriller set in Belgium and Lithuania (filming on dates yet to be agreed in The Ardennes Forest) in co-production with Gladys Brookfield of Belga Films. All are from scripts he has written. 2020 will also see the opening of a new studio facility under his other company, 7th Dimension Films, in Surrey, together with business partner James Fisher, and with production and post facilities to rival any of the existing studio facilities in the Southeast.

Clare has worked within the world of beauty and media for over 25 years.  As the manager of a Knightsbridge salon for 10 years she finally made the move into media via exclusive publications such as Vogue and Hello magazines.  After a successful few years on assignment that included working with celebrity clientele such as Catherine Zeta Jones, Mariah Carey, and President George Bush, she decided that she both wanted and needed a new challenge so enrolled at Bournemouth Arts University to study SFX.  Since then her career has continued to climb, and she has worked post-graduation on such shows as Celebrity Juice, Tiny Tots Talent Agency, and The Fear. She has been engaged by Sky, Channel 4, and BBC, as well as other television networks, and has developed enviable levels of experience working in film, both long form feature, and short, as well as some commercials / infomercials. Absolutely in love with the process of film she takes great (maybe too much) personal delight in creating bullet wounds, missing limbs and disfigurements – weird as that might sound. She is definitely on the path she laid out for herself, constantly on the look out for exciting fresh projects into which she can inject her considerable skill and expertise.

Lawrie has regularly been described by producers and directors alike as “an asset to have on any set”. He is a versatile PA and promising 1st Assistant Director with over 5 years’ experience in the industry. Working on an independent feature in Missouri in the United States, he picked up the nickname 'the Wolf', taken from Pulp Fiction. It was given because you could call upon to get any task done, and to this end received an additional special mention in the film's credits. He has worked as an AD on a wide variety of projects; from micro-budget shorts, to independent features with budgets up to half a million pounds, and across many other departments. It is this breadth of experience is what Lawrence believes make him a more effective 1st AD. With more than just good time management and organisational skills, Lawrence enjoys getting the best out of his crews. His management style is effective, he is likeable and respected, understands when he needs to be firm to maintain control. He is adept at working flexibly; adapting to prevent potential problems, solving them quickly and efficiently when they do occur. He enjoys the collective energy of being in production on set. Lawrence is a keen photographer in his free time, and his eye for detail has followed him into the film world – watching out for things that others might miss.

A passionate, eccentric stage and film actor. Finbarr has immersed himself in many varied roles on both stage and in film, always remaining true to his craft and method. Finbarr has studied with Rada for Shakespeare, and delved into the more obscure world of Bouffon with legendary Master Bouffon Philippe Gaulier. Finbarr has uniquely incorporated all aspects of his training over the years to arrive at his own unique method delivering truly original characters. Born an Aquarian in 1983, Finbarr has known comedy, tragedy and irony in his life from an early age. As a boy, Finbarr used to do an impression of Christy Brown's "My Left Foot", this was done to such an extent that mocking was rife. A few years on, Finbarr was in a serious road traffic accident, in which he lost the use of the right side of his body so had to re-learn how to walk, talk, read, write all over again at the age of eleven. Finbarr is certainly part of a new, exciting crop of film actors blazing a path to success. When he's not treading the boards, or immersing himself in feature film characterization, he fulfills the role of Associate Producer , assisting in the development, organisation, and production of the film slate for presentation to investors and distribution outlets. With a particular skillset biased towards IT he is a versatile and genuinely proactive filmmaker / actor with a bright future ahead of him.

Paul has spent over 10 years working in post-production, specifically specialising in commercials, film, and television, and most of that in management roles developing sales and delivery pipelines to access the Asian, European, and US markets. He has technical and managerial experience in the creation of virtual and practical outsource services between continental industries, maintaining and nurturing strategic relationships with production and advertising companies at the highest levels. His producer skills have been tested in the development of bids and pitching for post production work as well as in the timely delivery of visual FX work for companies as big as Disney and Fox. He has a wealth of recruiting expertise in his sector and a 'black book' of artists and technicians working in Paint, Rotoscope, Composition, and General CGI. Paul joins Oceanstorm Films from one of the largest Visual FX companies in Bangalore, India, and a company responsible for work on both the Pirates of the Carribean and Fast 'n' Furious franchises.

Louis Katz has over 20 years of experience working in visual effects and animation. At the age of 22 he had the honor of working for Industrial Light + Magic on such films as Men in Black I and II, Star Wars: Episodes I and II, and The Mummy, to name a few. He branched off and gained experience working at various boutiques and studios, including Digital Domain, Sony Pictures ImageWorks, Zoic Studios, Disney, and DreamWorks Animation. He always made himself available to help colleagues in the industry on music videos, independent films, and episodic series. He was a graduate instructor at THE ACADEMY of ART UNIVERSITY in San Francisco. He also has experience working in other countries, including Canada, India, and China. He is an active member of the Visual Effects Society. Having spent the past few years doing freelance it was brought to his attention he should become a VFX Producer. He welcomes the opportunity and looks forward to discussing possibilities.

Gianluca Dentici, Vfx Supervisor and Compositor has a strong expertise on film-making processes and Visual effects gained over many movies and TV productions - He first started working in Italy where he supervised more than 60 shows and then moved to UK. A deep knowledge on visual effects and special shooting techniques provides a valuable support for productions and visual effects companies by planning on-stage needs, supervising the shootings and the vfx process. He works closely with directors, DOPs, visual effects producers during pre-production by making vfx pre-vis, technical analysis, visual concepts, shooting techniques proposals and a detailed descriptions of what might be accomplished in post-production. Thanks to continuous updating and the constant research on latest cutting-edge technologies he is always on top of latest filming and post production technology trends for digital compositing, stereography and CG rendering engines. Moreover his good expertise on Python scripting makes him an invaluable asset for VFX comapanies on optimizing VFX workflow and for the creation of specific tools and procedures for all compositing artists and the CG assets management likewise. Gianluca is also certified by Mark Roberts Motion Control Camera Ltd., the prestigious company that manifactures the best motion control equipments. Various partnerships with training institutions, academies and universities means he is very proactive on research and development for computer graphics techniques, aiming to crucial improvements on creative tools and helping to streamline post production processes. Gianluca is a member of The Visual Effects Society (VES) and the Italian Academy of Motion Pictures Film (three times nominated in the best visual effects category as VFX Supervisor).